"No Man's Land": Round 1 of NYC Midnight 250-word Microfiction

We had such a good time using Frankenstories to write stories for NYC Midnight's 48hr Flash Fiction Challenge, that we decided to try the 24hr 250-word Microfiction Challenge.

This challenge is perfectly suited to Frankenstories: a good Frankenstories game comes in at ~200 words and, in our time zone, 24hrs gives us a chance to sleep on the story.

So we thought it'd be easy. We were wrong! 😂

Click here to read our entry, "No Man's Land".

Scroll down to see how we worked from Frankenstories games to final submission.

Our Round 1 constraints were:

We played three Frankenstories games, with discussion and calibration between each game.

This game sucked and was the first time we've ever cancelled a game mid-play. Nothing about it felt like it was working. We figured it was just a bad image prompt.

This game was marginally better. We created a scene, but we didn't find a story.

We realised that if we were going to draft a one-shot story, we needed to agree on a historical period and a character POV before playing. 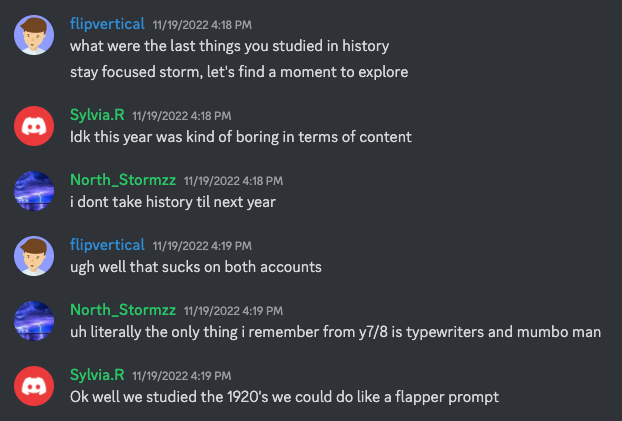 After some quick Discord chat and Google diving, we settled on a story about a young American woman in 1918 working in a munitions factory by day and flapping up a storm by night.

In particular, we were inspired by the paintings of Anna Airly, a British wartime artist who painted incredible illustrations of wartime industry, including the work of munitionettes: 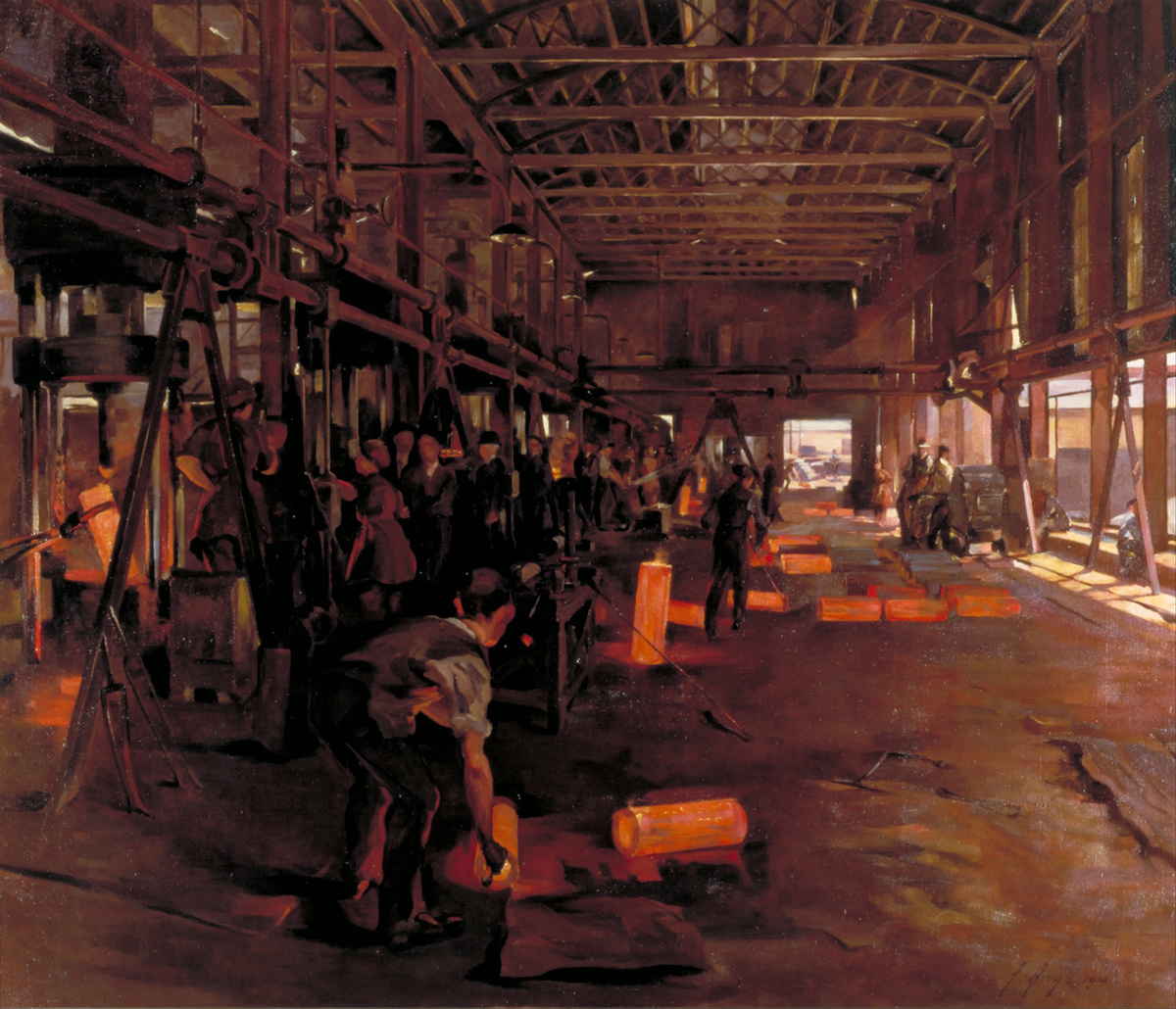 This one felt good. We entered with a rough world, character, and rough situation, and we left with a handful of details, including a final zoom-out image that would appear in a different form in the final story.

Game 3 gave us our raw material, but we still didn't have a story.

The biggest issue was transitioning our flapper from the arms factory to the nightclub—the word limit was too tight for us to physically follow her, so we would have to choose one location as the "home base" and incorporate the other through memory.

The munitions factory was the location that first caught our interest, but the story's underlying conflict revolves around the changing relationship between women and men in that period, and there were no men in our factory.

So we decided to set the action inside the nightclub, where the narrator could be placed in tension with a man, then thread it with imagery from the factory.

That compression had ripple effects, altering the narrator's intentions and reframing the final image to amplify the conflict. 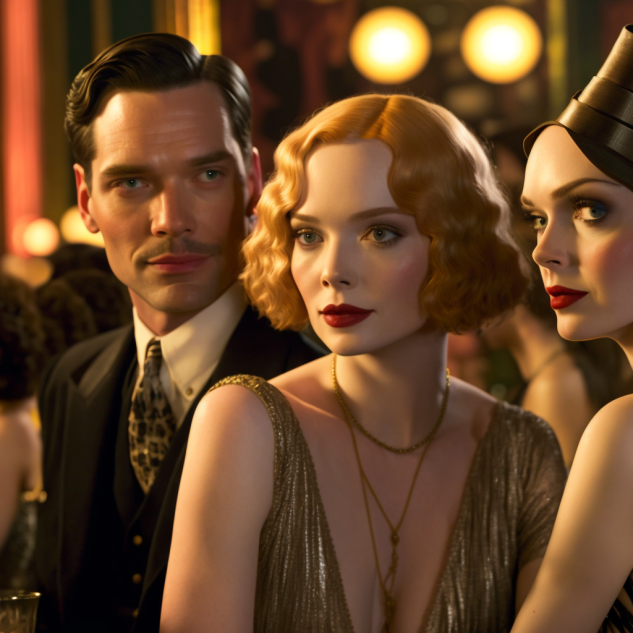 We slept on the draft and then passed it around for revisions the next morning, spending a few hours streamlining, clarifying, and amplifying what we agreed was a strong base draft.

Here's what we submitted!

With delicate white fingertips, she squeezes three drops of lime juice into her gin. Her fingers have no trace of grease, soot, or cordite. An hour to clean them. Wholly satisfying.

Under the howl of trumpets, he talks about her kissable mouth. Proffers a cigarette while his glistening eyes dribble down her bare neck. Leans too close.

He doesn’t know she's a working girl. Can't conceive of it. She can tell by the way he tries to shield her from other men.

He can't imagine that four hours ago, her sleeveless dress was a denim boiler suit; her bobbed brown hair was plastered with sweat; her silk pumps were wooden clogs protecting her soles from a foundry floor so hot it burns leather shoes straight off your feet.

He’s seen her foxtrotting. He hasn’t seen her with fifty other sweaty girls, machining shells destined for German flesh in Ypres.

He is oblivious but insistent, so Marjorie humors him. She’s here to dance with women, but she’s patient. Each week, the ratio between the sexes widens, as two by two the men are led to war.

She finishes her drink and lets him lead her back to the dance.

By her count, in six weeks this club will be as free as the foundry. This man will be in Europe, where even now a German girl just like Marjorie is rendering the instrument of his death, smiling in anticipation of her own night on the dance floor.

We'll find out in January if we made it to Round 2. Whether or not we progress, we were happy with the process and resulting story, and we hope you find this process useful in writing and teaching. 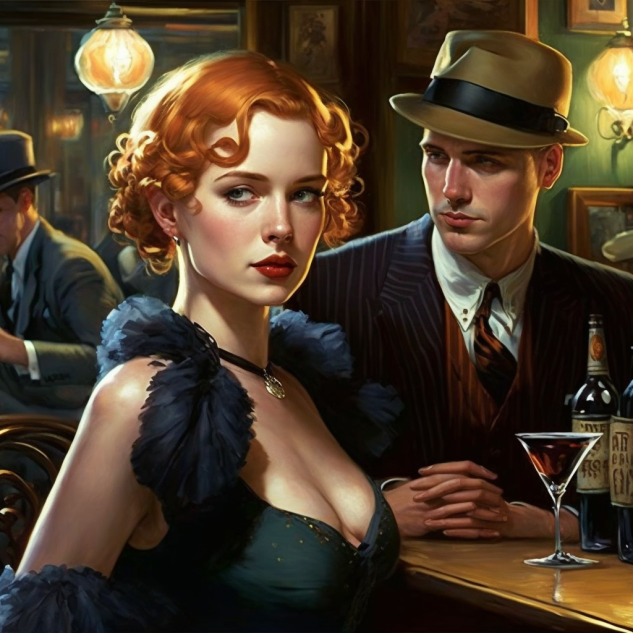