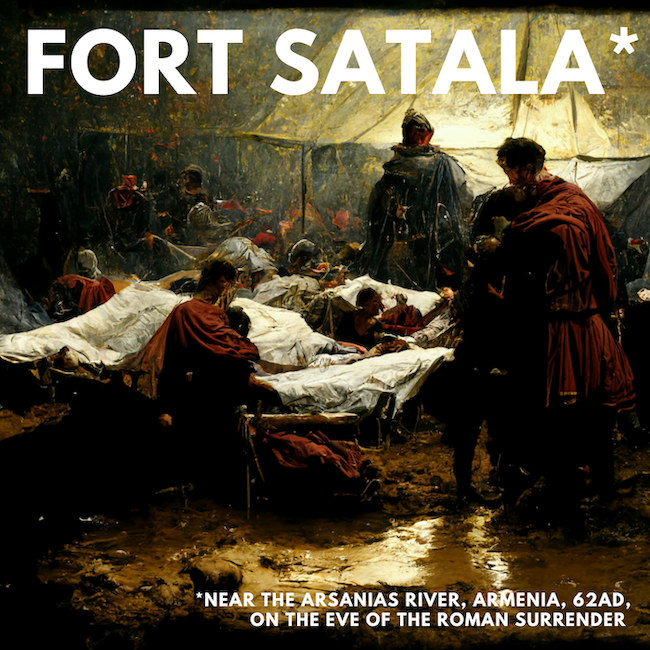 A few months ago, we posted about using Frankenstories to write competition-level flash fiction.

We were quite chuffed that our Challenge #1 entry to NYC Midnight’s 48hr Flash Fiction comp placed 4th in its group, and we are even more chuffed to say our Challenge #2 entry also came 4th (in Group 12), which put us in 3rd place in our group overall and let us advance to Round 2 (from 4500 competitors down to 450).

The judges' feedback was pretty positive, for example:

The idea is really creative. The author has come up with something really unique and has built a fun narrative around it.

You do a great job anchoring the reader in medias res, in the thick of things, with your detailed description of locale.

I really loved your first line that situated the reader in a lavish lineage and set the tone of your story.

Paetus' litany of vulgar obscenities was quite original!

You can read our entry here (note that it contains some vivid and historically accurate Roman swearing): "Fort Satala, Near the Arsanias River, Armenia, 62AD, on the Eve of the Roman Surrender" 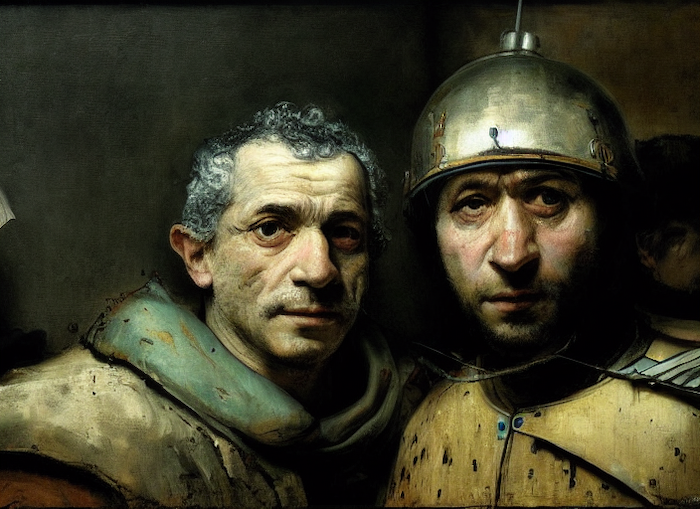 The point of this exercise is to explore how Frankenstories might be used in a “serious” writing process, and we think we’ve demonstrated that it can be a very effective group brainstorming and drafting tool.

Frankenstories can spark ideas, provide story elements for development, provide a guide to plot, and help overcome the paralysing fear of a blank page.

However, there are a few steps between playing Frankenstories and submitting a final draft, which we've outlined below. 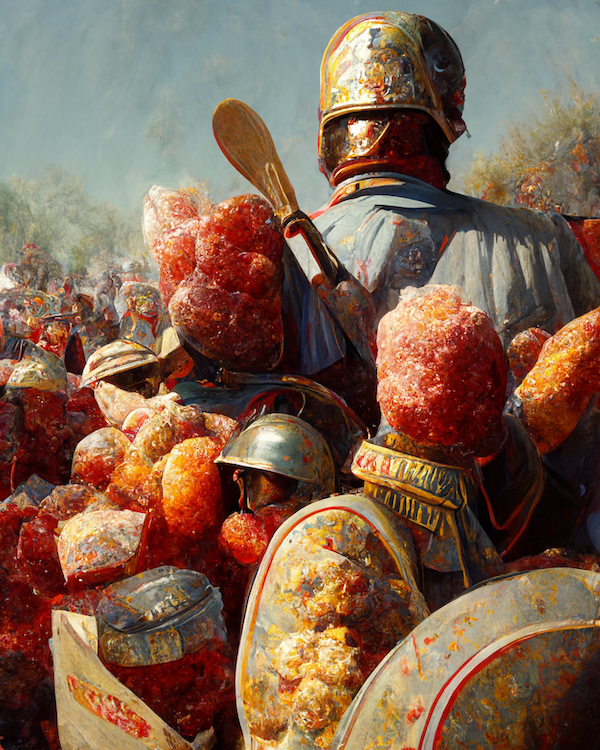 In Challenge #1, we played two long Frankenstories games that formed a continuous story, but we wondered if it would have been better to play more, shorter, standalone games to come up with completely different scenarios.

For Challenge #2 we took a slightly different approach: 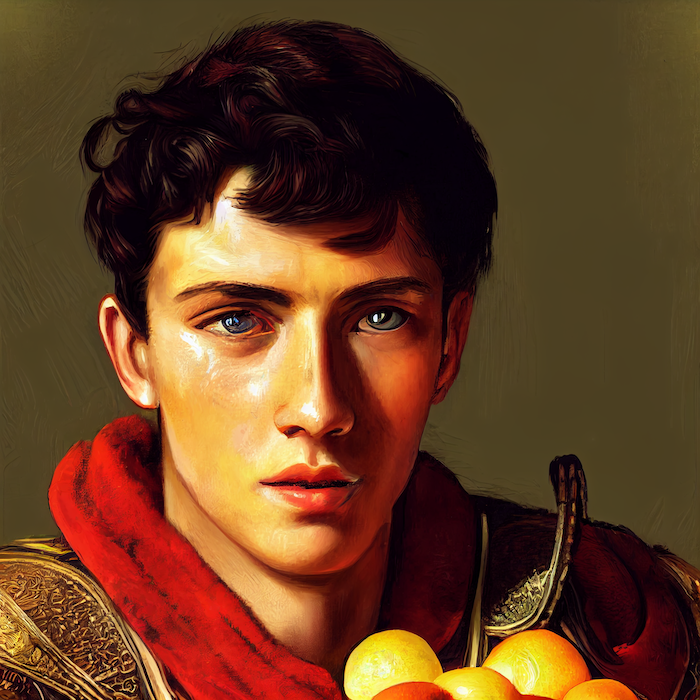 What 'flowed through' 🙄 the drafting process?

It's interesting to track story elements from the first Frankenstories game through to the final draft:

There was clearly enough raw material to process overnight and both pitches the next morning were really interesting and funny, combining and reworking the raw material in different ways.

The subsequent, "Roman dysentery" games let us explore ideas from the pitch and figure out some orchestration and pacing:

So you can see how most of the plot, character, imagery, and detail in the final story is established by the second round of games.

Our first story draft expanded that material to create a complete story. The second draft compressed and condensed it, then used the extra room to add even more character and detail (including the character of Felix, who is not in any of the games).

All of this drafting was produced by a continually negotiated interplay between individual writing and group review and revision. That is a complex process demanding a high degree of skill and your mileage will vary when working with students, but it is definitely a rich, rewarding, and effective creative process.

That was a tough one! We'll see if we made it through to the finals in a few weeks' time.